CSN Stores - One Stop Shopping Give Away!

The hubs and I are in the process (yes, STILL, I know! I know!) of getting quotes for a bathroom remodel...We have yet to find someone who can do what we want with a somewhat affordable budget/estimate...

If we were more handy, we could do most of it ourselves...and I know just where I'd go for most, if not all, of the things for our new bathroom! CSNStores.com offers everything from bathroom shelving and bath towels, to vanity lights and vanity tops!

Have you been to any of the over 200+ stores at CSNStores.com?

How would you like a $35 gift certificate good at any one of those online stores to buy yourself something awesome? Or perhaps you need to start finish up your holiday shopping? So many of their items come with FREE SHIPPING...

So how can you win?
Visit CSNStores.com and then come back here and tell me what you might buy for yourself or someone on your list...(of course you aren't obligated to buy that item should you be the winner!)

A winner will be chosen via random.org on Wednesday, December 1st. Good Luck!
Posted by darcie at 5:54 PM 18 comments:

Email ThisBlogThis!Share to TwitterShare to FacebookShare to Pinterest
Labels: csnstores.com, give away, reviews

(thanks to everyone who has 'liked' me over there - I was very hesitant to start a page on FB but finally did it, I was a little bit scared no one would like it and I'd feel like a Jr. High kid all over again!)

The winner of the Disney on Ice Mickey & Minnie's Magical Journey Give Away is...

I will be in touch to find out which name you want your four tickets under at Will Call for Opening Night of Mickey and Minnie's Magical Journey on December 9th!

Even if you didn't win, you can still purchase tickets for this awesome event...
Simply use the code FRIEND to save a few bucks off of the ticket price!
Ticket prices range from $65 for VIP to just $10!

And because the fine folks at Feld Entertainment are so awesome -
I have an extra Family Four Pack of Tickets to give away! WOOT!!
How can you win these??
Just stop by Gust Gab on Facebook & join the discussion...
What is the *right* age to take kids to Walt Disney World - or isn't there one?

Every pertinent comment left there will be entered to win 4 tickets - (so not one chance per person - the more you discuss, the more chances you have to win! And while I'll be sharing my thoughts there too, obviously I won't be in the hat to win the tickets!)
Winner to be selected on Wednesday, December 1st, 2010.

PS - While you are there, you just might see another local Feld Family Activator with a link to HER Disney on Ice give aways...Come on over!!


*** A HUGE thank you to Feld Entertainment for donating the tickets for the winners. As a Feld Family Activator, my family will be attending this show in exchange for hosting this give away ***
Posted by darcie at 11:14 AM No comments:

Who can't use a Helping Hand?

According to Feeding America, approximately 5.7 million different people receive emergency food assistance from the organization in any given week.

You might remember, that I've joined forces with other local bloggers a couple of times over this past year to help raise awareness and fight this dreadful epidemic...

And now, I'm pleased to be a teeny tiny part of an even bigger awareness campaign...

To raise awareness about the national issue of hunger, Hamburger Helper® is partnering with GRAMMY® Award-winning singer, songwriter and actor Tim McGraw to help Feeding America deliver millions of meals to local food banks through the Show Your Helping HandTM campaign. McGraw will lend his voice to the campaign through a Public Service Announcement which can be viewed right here!


You can support the worthy campaign by submitting codes from specially marked boxes of Hamburger Helper at http://www.showyourhelpinghand.com/ or by logging on to make a donation. Hamburger Helper has already donated more than half a million dollars and will contribute up to an additional $100,000 to Feeding America through this program.

Don´t think one code will make a difference? The 17 cents Hamburger Helper donates per code is enough for Feeding America to deliver one meal to a local food bank.

You can also win an autographed copy of Tim McGraw´s "Southern Voice" CD by visiting http://www.showyourhelpinghand.com/. 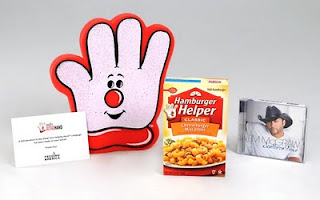 Simply leave a comment here and be entered to win!

For bonus entries... (Please leave an additional comment for each thing you do!)
***Like Gust Gab on Facebook ~
**Follow Gust Gab - whether you are new or have been here awhile - leave a comment!
*****Become a Follower of Gust Gab Reviews & Give Aways

Good Luck!
One random winner will be chosen via random.org on Monday, November 29th!
Thanks for stopping by - Together, we can make a difference!

(A huge thank you to Hamburger Helper & MyBlogSpark for offering me this prize pack and donating $10 in my name, and for offering up an identical prize pack to one of my awesomesauce blog readers!)
Posted by darcie at 11:01 AM 1 comment:

I had SUCH a hard time narrowing down what to use for our family Christmas Cards this year!

First of all, you have to get just the right photo...and narrowing down just one...or two or three or four (photos) to use isn't easy...(at least not for me!!)
and then, how do you select just the right design?

Call me crazy, but I typically order two different designs to send out...
The one I ordered today is (I think) my favorite of the 100's and 100's of choices...

Paper Snowflakes Christmas 5x7 folded card
Make a statement with Shutterfly Christmas photo cards.
View the entire collection of cards.
*** A huge THANK YOU to Shutterfly for offering my family 50 complimentary Christmas Cards for participating in their Blogger Promotion for 2010!
Posted by darcie at 10:18 AM No comments:

I have had the opportunity to play host to some AMAZING give aways via The Gust Gab lately...
I had three Give Aways going on at once...
And the winners of those three drawings were chosen today via Random.org -

So, without further ado...
Winners of a FOUR PACK of tickets to MONSTER JAM at the Metrodome on November 13th - 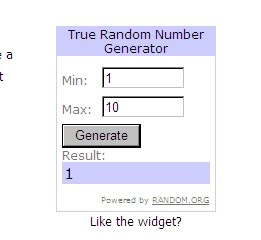 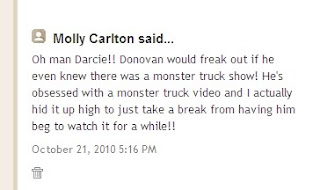 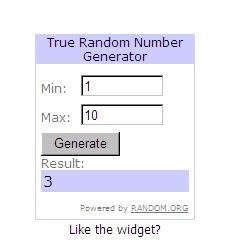 Molly & Betsy - let me know what name you'd like to pick up your tickets under at Will Call on the 13th - and don't forget -
Everyone is invited to stop by their local Subway for FREE PIT PASSES to get up close and personal with the Monster Trucks and their drivers during the afternoon on the 13th - If you don't get the pit pass - it will cost you $7 to get in!


And speaking of (winner winner) Chicken Dinners -
the winner of the Stay in and Go All Out prize pack is... 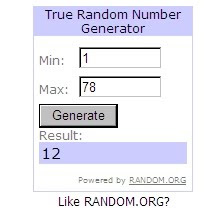 Kris - You did not leave me an email address nor do you have one in your profile - Please email me so I can get your information to get your prize pack sent out to you...
If I do not hear from you in 48 hours, I will have to select a new winner!!


and FINALLY - the winner of the latest greatest CSN Stores Gift Certificate is... 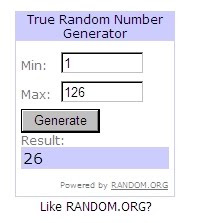 A HUGE thank you to all who stopped by and entered! What fun this was! (It might have been a little easier if blogger would number my comments! aye aye aye!) An even HUGER thank you to the folks who donated the prizes...

*** Feld Entertainment for the Monster Jam Tickets...
*** MyBlogSpark for the Staying in and Going All Out prize Pack
*** And CSNStores.com for the gift certificate good at any of their 200+ online stores!